Recently the folks at Yippie Yak Natural Dog Chews reached out to us to see if we would be interested in trying out their Himalayan yak cheese chews. Avy is a powerful chewer and has allergies that keep us away from other natural dog chews like bully sticks, so we jumped at the opportunity. We knew that just having one dog’s opinion wouldn’t be enough, though, so we asked if Yippie Yak would mind sending us enough chews for Avy to share with her friends – large and small. They happily complied, so we could get a good idea of how dogs would react to these treats.

Before we share the opinions of the dogs surveyed, let us look into what Himalayan Yak Cheese chews are, and why they are a good option for a dog who loves to chew.

What is a Himalayan Yak Cheese Natural Dog Chew?

From the Yippie Yak website, the chew is “a nutritious, easily digestible and safe chew for your dog to enjoy! Our product is made from free range organic yak’s milk. The soft cheese is pressed in a jute bag until the water is pushed out. It is then cut into strips and smoked for up to 28 days to cure and harden. Traditionally, in the Himalayas, the hardened cheese is moistened before eating. However, the hardened cheese is so dense that it makes for an excellent long lasting natural chew for dogs! Not only does it satisfy your dogs’ natural instinct to chew, but it also promotes oral health by fighting plaque and tartar buildup. This in turn makes your pup’s teeth cleaner and breath fresher! Because no preservatives are used in the process of making yak cheese, your dog won’t be exposed to adverse chemicals.”

As someone who refuses to give my dog rawhide, or any chew that may contain pesticides or chemicals that are dangerous for dogs, all of this appealed to me. I had seen Himalayan chews in stores previously, but the price had me hesitating. As a strong chewer, Avy can go through a bully stick in less than 20 minutes, and a dehydrated yam chew even more quickly than that. I have been searching for a long-lasting chew for quite some time, so far without much success.

How Long Will A Yak Cheese Chew Last?

Every dog is different – some dogs, like Avy, can go through a bully stick in a matter of minutes; some will chew gently on it for several days. As a good point of reference, Avy chewed on her yak chew for 30-60 minutes every day, and it lasted for almost 2 weeks before the end got too small for me to leave it with her. The yak chew is high on my list as a treat that is worth the money in terms of value for money.

Avy had been working on this chew for over a week when this picture was taken.

Let’s get to the important part! Now that we know that these chews are healthy and long-lasting, the critical question is – do dogs like them?

Avy shared the chews we received with a few of her friends – Daisy the Boston Terrier (for the small dog opinion), Ivy the German Wire Haired Pointer (for the medium dog opinion), Alice the Boxer/Lab Cross (for a larger/strong chewer opinion) and of course Avy the German Shepherd had to try one too.

When Daisy was presented with the chew, she promptly took it and buried it in the yard where she hides all of her favourite chews. She then proceeded to dig it up, chew it, and then hide it in a new spot so that nobody could find it. After two weeks of happily chewing and hiding the treat, she proudly presented what was left of it to her humans. Based on her treatment of it compared to other dog chews, they declared it a hit.

Alice was VERY enthusiastic when she received her chew. She promptly took it to her bed and started chewing right away. She spent quite a lot of time gnawing and chewing away before I finally decided she needed a break and took it away. I gave it back to her later, and she started back in again. This went on for several days (with her spending 30-60 minutes with it 3 or 4 times a day), and after 4 days, she still had not consumed even half of the S/M sized chew.

Last but not least is my girl Avy. Avy is a powerful chewer and tends to consume her treats very quickly. When I first gave her the chew, she was a bit uncertain what it was all about (with minimal scent, she didn’t immediately realize it was something she could chew on). We encouraged her to give it a try, and once she started in, she was quite enthusiastic. She spent about half an hour having a good chew before it was time to give it a break. After that, I gave it to her every day, and she would spend anywhere from 15-30 minutes at a time having a good chew. After the first day or so, she would go looking for it, so she was definitely enjoying it.

How Does Yippie Yak Compare to Other Yak Chews?

Now that we’ve established that Himalayan Yak Chews are popular with dogs of various sizes, we wanted to see how the Yippie Yak chews stacked up compared to other yak chews on the market. A quick search on Amazon brought up a few options for yak chews. I immediately noticed that not only were the products on amazon an average of $3-5 more than those sold by Yippie Yak, they were also smaller. Overall buying directly from Yippie Yak is a better value, and you will be supporting a small business.

What Can You Do When The Chew Gets Too Small To Eat?

When a chew gets too small, it can pose a choking hazard to your dog. This is often frustrating for dog parents who want to get the most value from their dog chew. The good news for yak chews is that you don’t need to throw them away! When the chew gets too small, you can pop it in the microwave. Set your microwave to 50% power and heat the chew for 30-45 seconds. It will puff up and get soft, making it easy to eat the treat. Ensure that you allow the puff to cool before you give it back to your dog to finish off.

With any chew, you must supervise your dog while they are chewing on it. Chews of any size and shape can be a potential choking hazard, so you should not leave your dog alone with it.

When the chew gets small enough that it can be swallowed, take it away from your dog. 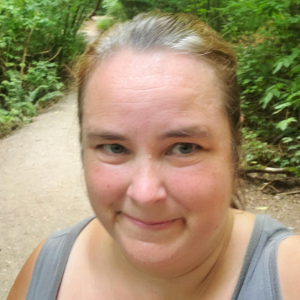